"Most Innovative" nominee for the 2019 IGDN Indie Groundbreaker Awards!

Dead Friend is a roleplaying game for a necromancer and a ghost. That is, it's a collaborative storytelling game for two players. You will each play the role of a friend, one living and one dead. You will ask and answer questions to develop the characters, their community, their history together, and the motivations leading up to their final conflict. The script follows the dramatic structure of a necromancy ritual, and you will use the spellbook of instructions throughout the entire game like a witch reading spells from an ancient grimoire. The mood may be spooky or intimate, heartwrenching or hilarious — it is up to you as storytellers. Dead Friend requires 1 Tarot deck or 1 deck of mundane playing cards.

“It is a game packed with mystery and ambiance and drama, and I love it!”

- Party of One Podcast -

“I can’t think of the last time I was so immediately impressed by a gaming experience.”

"Two-player RPGs intimidated me at first. I tend toward lighter games for bigger groups, and these seemed intense — too intimate, too small. Dead Friend helped me understand the appeal: It is intimate, with space to bounce ideas around without being overwhelmed, with well-balanced agency between players in asymmetrical roles. And, in a year that made it hard for me to keep games on my schedule, having Dead Friend on deck as a self-contained, two-to-three-hour experience helped resurrect my ability to play at all."

“Just buy it already for the sake of seeing something cool, good, and new!”

In order to download this ritual you must purchase it at or above the minimum price of $10 USD. You will get access to the following files:

Support this ritual at or above a special price point to receive something exclusive.

If you can't afford the game, grab a copy here!

I just finished playing Dead Friend with a (living) friend and had a great time! The game was a great guide for story creation without being limiting. We played as a pair of toxic wizard pen pals and both had one of our all-time favorite TTRPG experiences. 100% recommend!

I recently played this game with a friend and we had a blast. (And with just minor prep work, we were able to play via online.) The rules are concrete enough to provide great structure, and flexible enough to make the experince deeply special. The use of tarot cards is very unique and adds to the story in a beautiful way. I was nervous about the ritual aspect, but it actually adds to the game play in way that builds the characters and the world. I would definitely recommend purchasing if you are undecided.  My friend and I still talk about our game play because it was that memorable; we're thinking about playing again sometime soon.

Dead Friend is a two-player trpg with strong layout, clever writing, and fascinating mechanics of play.

Specifically, it plays like a ritual, and the whole of the book leans into that feeling. There's elemental diagrams, moments of silence during gameplay are encouraged and respected, you play with tarot and salt and matches and coins...

There's also a really cool message in the game. You play as someone trying to bring back your dead friend, and also as the dead friend who wants something diametrically opposed to that. When people die, we tend to confine them to reputations and stories that do not contain the whole of them, and this game gets that.

The ritual structure does make the game a little complex, and you may both want to read it through more than once before playing it, but I would absolutely recommend it to anyone who likes dramatic, intense games. Dead Friend is a heck of a thing, and if you're on the fence, buy it.

Just played this for the first time last night and it was AMAZING. My friend had to keep stopping me in my story telling so I wouldn't get too far into the story! Haha. 100% will play again!

A friend and I played this game and we had a fantastic time. The rules act as a guideline to creating a story, and are loose enough to allow you to create whatever story you'd like while still giving guidance and streamlining the process. Very fun game that I'm certain to return to.

Played this for the first time with a friend after getting it in the bundle and it was INCREDIBLE. The mechanics with the cards are so well done and really make the game easy to play and really help the story tell itself. We had such a wonderful time weaving a heartfelt, complex, spooky and occasionally silly story of two Victorian dandies in love. Truly a favorite that we intend to play over and over.

Sometimes games about rituals feel alienating, that somehow the baroque language and symbols force me away from playing them. This is a ritual that invites play. No, it's a ritual that calls for you to play it. The fact that I can't right now grab a friend, sprinkle some salt on the ground (optional), and call forth to each other across the veil of death is a goddamn travesty. 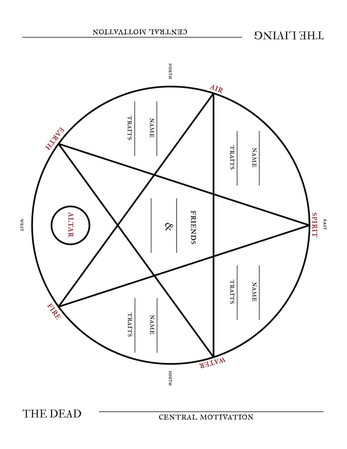 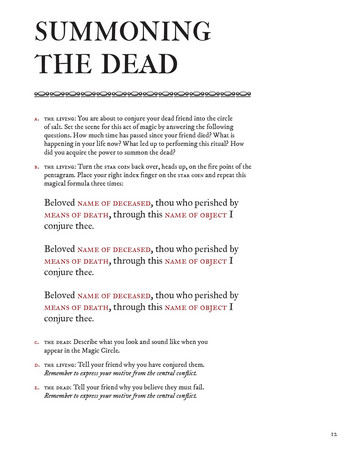