a 15-minute ritual game about self-definition

The group will need:

Each player will need their own:

Astrology From Hell is a 15-minute ritual game about using the creativity of self-definition to endure a hostile world. The game is anti-essentialist and rejects the idea that our personalities are determined at birth by the stars. Instead, it suggests an approach for dismantling and repurposing the insights and aesthetics of astrology to suit your individual needs. This is also a metaphor for gender and sexual orientation.

This game feels like a short ritual with 4 steps and an anticlimactic ending – similar in pacing to the Jewish Shabbat ritual of saying prayers over candles, wine, and bread. This game is different from most roleplaying games, in that the goal isn’t to sink deeply into detailed creation of character, setting, or story. Instead, it will begin and end quickly, with brief gestures toward larger ideas. The experience itself may feel understated at the time but sow the seeds for later thought. Just like a prayer.

You can play this game as an entirely fictional roleplaying game, an embodied philosophical exercise, a magic ritual, or a combo. Similarly, you can play this game in the role of a fictional character, as yourself, or as some blend of both. By design, it is unnecessary for all players to approach the game with the same attitude or beliefs. Astrology From Hell encourages you to form your own individual conclusions after the experience.

Astrology From Hell was designed for Fraudulent Gays Jam in December 2019 – January 2020. Some uptight gamers on twitter accused some streamers and game designers of being #FraudulentGays for attention, so creative folks turned it into a pro-queer meme. Astrology from Hell encourages fraud.

In order to download this ritual you must purchase it at or above the minimum price of $1.99 USD. You will get access to the following files:

Support this ritual at or above a special price point to receive something exclusive.

If you can't afford Astrology From Hell, grab a community copy here! 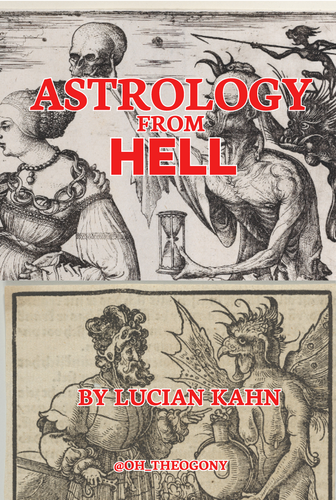 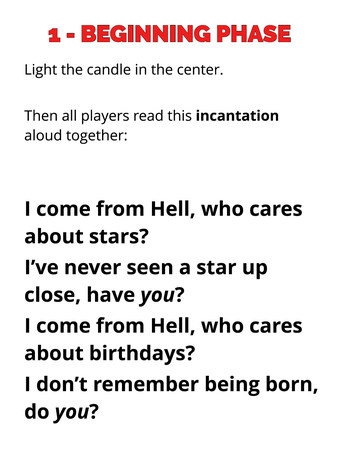